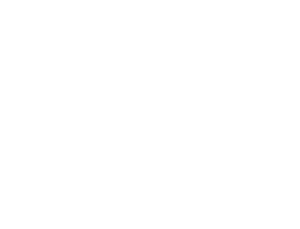 Indigenous Issues: A New Relationship Based on Mutual Respect

The indigenous population of Canada is extremely diversified. It accounts for about 5% of Canada’s population and comprises First Nations, Inuit and Métis. There are more than 600 First Nations communities dispersed across the country. More than half of First Nations Canadians don’t live on reserves.

Indigenous issues are also very complex. Some communities are prosperous, others much poorer than the Canadian average. Many suffer from critical social issues, including homelessness, crime, domestic violence, substance abuse and suicide. Many don’t have the basic services that we take for granted such as access to clean water. There are other major issues to address regarding treaty negotiations, housing, property rights on reserves, residential schools, etc.

It is not possible to address more than a few of these issues in the context of this election platform. Here is what a People’s Party government would prioritize on the basis of its four key principles.

Many injustices were committed in the past by the Canadian government towards indigenous peoples, some of which are still ongoing. We cannot rewrite the past, but only seek the best way to live together harmoniously in the future. This relationship must be based on mutual respect and a balanced approach taking into account the needs of the indigenous population and the interests of the Canadian population as a whole.

The lack of real private property on reserves is in part responsible for the poor state of housing and the social ills that derive from it, and is one of the greatest impediments to economic development.

Fairness demands that all Canadians benefit from roughly equivalent services wherever they live. It’s unacceptable that some indigenous communities live in conditions that resemble those of third world countries. But the current model to solve these problems is based on top-down bureaucratic solutions imposed by Ottawa on dependent communities with no voice in the process.

Although Ottawa spends about $24 billion a year on indigenous programs, there is little evidence that living conditions have been improving in indigenous communities. The federal government and indigenous administrations have a responsibility to ensure that taxpayers’ money is well spent.