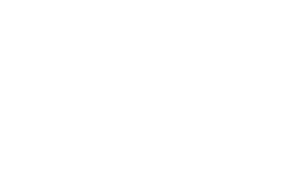 The primary aim of Canada’s immigration policy should be to economically benefit Canadians and Canada as a whole. It should not be used to forcibly change the cultural character and social fabric of our country. And it should not put excessive financial burdens on the shoulders of Canadians in the pursuit of humanitarian goals.

Despite Canada already accepting more immigrants than almost any other country, both the Liberals and Conservatives support an unsustainable increase in the annual immigration intake, and are using mass immigration as a political tool to buy votes among immigrant communities.

Commonly used arguments in support of higher immigration levels are flawed. High immigration in itself cannot solve the labour shortages that affect some sectors of the economy. Immigrants are not just workers but also consumers of goods and services, which creates demand for labour in other sectors and simply displaces the problem. This explains why we still have labour shortages even though Canada has had one of the highest levels of immigration in the world for several years.

Moreover, only about one quarter of all newcomers to Canada every year are directly chosen because they have the right qualifications and work experience to fulfill our economic needs. The rest are dependants (spouses and children) of economic immigrants, or come through the family reunification program or as refugees. They either do not work, or do not have the skills that are most in need even if they find work.

Mass immigration partly explains why wages and productivity have been stagnant in Canada, as cheaper immigrant labour is often favoured by employers over capital investment and automation. Although a large increase in the number of workers makes our economy larger, it also makes it less productive and impede GDP growth per capita. What’s important is not to have a larger economy, but to be richer.

Mass immigration increases pressure on our infrastructures, health care system, and social programs. It also inflates housing prices. More than 42% of all immigrants to Canada settle in and around Toronto and Vancouver, which have some of the least affordable housing among big cities in the world.

Finally, newcomers are a bit younger on average than Canadians, but not enough to have a noticeable impact on the rate of aging. The Liberal government has made matters worse by increasing the number of parents and grand-parents accepted under the family reunification program.

Our immigration policy can benefit Canadians only if we welcome the right kind and the right number of immigrants. It should prioritize Canada’s economic interests and be calibrated in a way that does not jeopardize Canadian values and the maintenance of our national identity.