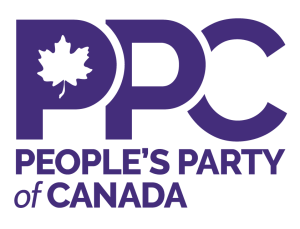 A nation must be based on a sense of belonging, of participating in a common national project, and sharing the same values. It’s only when these sentiments are widely shared that we can develop the trust and common understanding necessary for our society and institutions to function.

In the past, immigrants who came to Canada gradually integrated into our society. They did of course keep some aspects of the culture of their country of origin. They became Canadian, but with a distinct flavour. This is a type of multiculturalism that enriches our society.

However, over the past decades, the government of Canada has pursued a policy of official multiculturalism that encourages immigrants to keep the values and culture they left behind instead of integrating into Canadian society and adopting Canadian values and culture.

With his cult of diversity, Justin Trudeau has pushed this ideology even further into a form of extreme multiculturalism. He described Canada as the first post-national state, with no core identity.

In a free society, immigrants have the right to cherish and maintain their cultural heritage. However, that doesn’t mean we have any obligation to help them preserve it, with government programs and taxpayers’ money. The vast majority of Canadians rightly expect them to learn about our history and culture, master one of our official languages, and adopt widely shared Canadian values.

Canada is and has always been a diverse country. We have First Nations and Inuit, two official languages, a multiethnic population, and very different regional cultures. The culture of Cape Breton is very different from that of the Eastern Townships in Quebec, or that of southern Alberta, or Nunavut. All these cultures are intrinsically Canadian. They developed in Canada. They don’t exist anywhere else in the world. They deserve to be nurtured and to survive.

Our distinct values are those of a contemporary Western civilization. They include: democracy; individual rights and freedoms, including freedom of religious belief and freedom to criticize religion; equality between men and women; the equal treatment of all citizens regardless of ethnicity, religion, or sexual orientation; the rule of law; separation of state and religion; tolerance and pluralism; and loyalty to the wider society instead of to one’s clan or tribe.

Official multiculturalism is based on the idea that there is no unified Canadian society and no distinct Canadian identity to integrate into, and that we are just a collection of ethnic and religious tribes living side by side. But if we want to keep our country united, and ensure social cohesion, we must focus on what unites us as Canadians, not what divides us.